This workshop is addressed to physicians searching for long-term solutions for parents whose children often fall ill and remain ill for a long time. During our workshop, we want to convince the contestants that medical conditions often result from psychological conflicts in their families’ histories.
The child’s medical condition results from the way the child copes with these conflicts.
About the workshop:
We invite you to the workshop addressed to physicians and parents of children suffering from:
•upper respiratory tract infections (pharyngitis, tonsillitis or bronchitis)
•skin disorders (atopic dermatitis, psoriasis, foot and nail mycosis, etc.)
•gastrointestinal diseases (diarrhoea, constipation, etc.)
•we also work with (grand-)children suffering from other conditions.
The child’s energetic structure and DNA contains information on the history, religion, paths of the soul, love, beliefs and relationships of the child’s parents and relatives. The child also carries a history of its own soul, i.e. its own karma records.
All children are committed to maintaining their family relations and contribute to their survival. The child ensures the stability of the parents’ health and binds parents together.
Children in multicultural families combine the cultures of both parents and the conflicts that occur when these cultures clash with one another. Children of Jewish and Catholic descent carry the conflicts that had occurred between the religions of their parents. Such children inherit all conflicts that had occurred between their parents’ relatives and their cultures within 18 months before fertilisation, around the time of fertilisation, during pregnancy, birth and within the first 12 months of their lives.
These conflicts have a considerable impact on children. An example of a high-profile conflict is the murder of a family member, a person from outside of the family or involvement in genocide.
The sense of belonging to a given culture and lineage make us immensely proud even though we only know a small percentage of the history of our families, countries and races.

The involvement of family members in conflicts is reflected in the souls, the psyches and the bodies of their offspring, who may suffer from autoimmune diseases or psychological disorders. We are not familiar with the stories of our ancestors or their karma records. We do not even realize what events have been recorded by our own soul. Diseases give us the opportunity to fill in the gaps in knowledge about ourselves and our family members. Diseases also bring us closer to the sick and to those who have been excluded by the family or feel excluded due to conflicts within their own souls. Depending on the nature of their relations with parents, children can bring parents closer to one another. Children mean the world to their parents. Parents are often concerned about their children and embark on a self-development journey upon becoming parents.
If the parent is convinced that the child’s diseases are merely the result of physical factors, he or she will not have enough determination to explore the self. All family issues are recorded in the biological structures of the body. Incest, paedophilia, separation, alcoholism and other disorders are recorded in the biological structures of the body – In stem cells, in particular organs and in the blood.

The following examples show information about the self or family members that patients find particularly difficult to come to terms with:
• Nobody in our family profited from prostitution or war.
• It’s impossible that a brother could feel physically attracted to his sister.
• My child couldn’t have been a soldier in the past life.
• Grandpa couldn’t have been a thief.
People object to who they were in the their past lives. They do not even entertain the possibility that they could have lived past lives and that their souls carry experiences from those lives. They do this because they fear being rejected or looked down on by other people.

Contestants are required to make a prepayment of PLN 300 either in person or by means of a bank transfer 16 days before the workshop begins.
Respecting the terms of the therapy contract.
An on-line or personal consultation with one of the therapists working at the Centre is required for all contestants who have never had therapeutic sessions with Teresa Ossowska (payment is due for the consultation).
The patients take responsibility for themselves and their therapy (Adult position).
Attendance is required throughout the entire 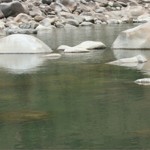 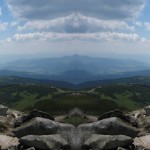